Do You Believe in "Majic"?

As my local oldies station, you played an important role in my early music education. You introduced me to Elvis and Aretha; when I became obsessed with The Beatles, I tuned in for Beatle Brunch every Sunday morning.

Fast forward to 2012. This morning on my way to work, I tuned in expecting to hear "Midnight Train to Georgia" or some such classic. What I heard instead was this announcement: "Majic 102.7, playing songs from the 60s, 70s, and 80s."

I won't break it to you gently, Majic, because it needs to be said. I forbid you from playing 80s music. I know it's harsh, but do try to understand. You are an oldies station, and songs from the 80s are not oldies. Why? Because I was alive in the 80s, that's why. 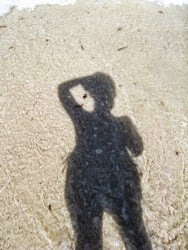